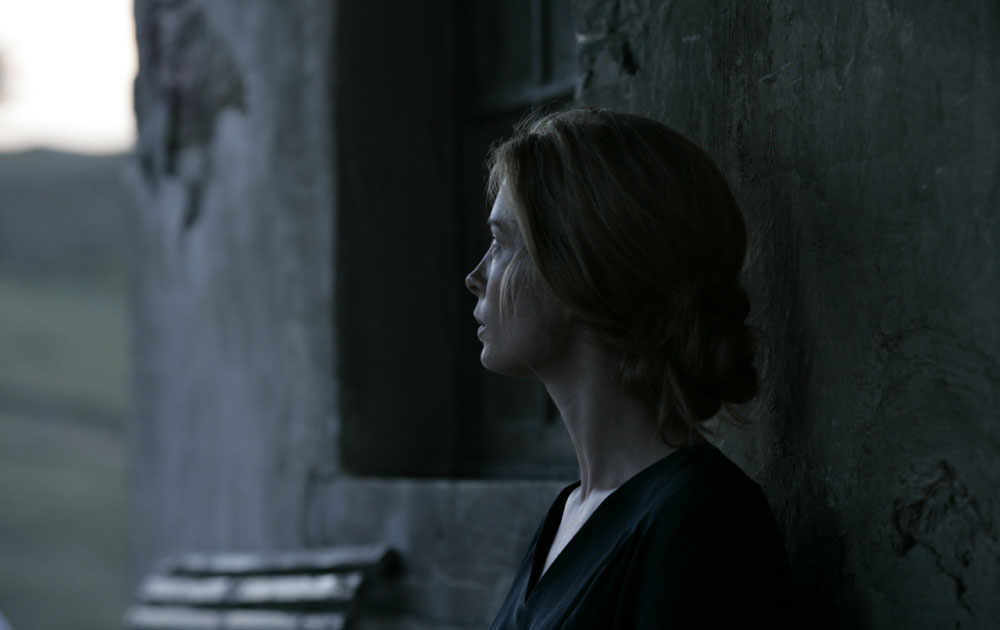 The kind of people who truly believe they were born under an unlucky star, in the wrong time, in the wrong country, by the wrong parents, are called victims in transactional analysis. They actually think they have no power to solve their problems or take care of themselves. They constantly fear that nothing’s going to work, so they are always on the look for someone more influential to disburden cares on him and to deny any kind of responsibility. They use this powerless stand for a masterful manipulation. By dropping their desires in favor of others, they get to claim compensation: “I have given to you so much effort and health! And you don’t appreciate my sacrifice!” Another type of victims are people who are sure that they have neither the right nor the resources to live of their own free choice, to realize their interests and fulfil their wishes. They think they are not worth it, or they can’t afford it. So they choose to leave everything as it is, and only complain about their disappointments from time to time. 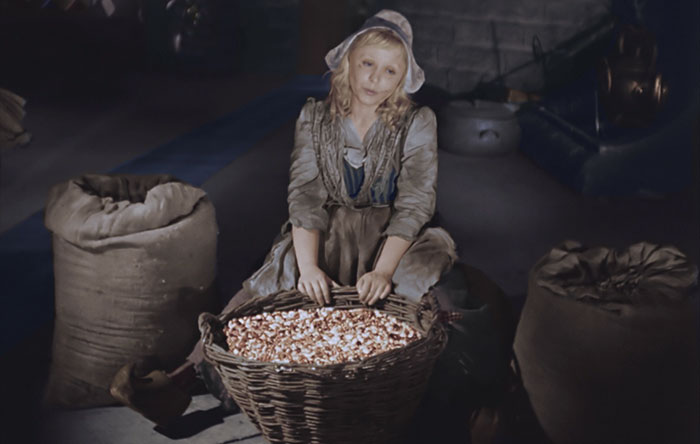 Let’s address to Russian cinema to better illustrate this type of people. There are many films in the gold reserves of Soviet, as well as post-Soviet, cinema, where the leads are victims. The first and foremost example would be “Cinderella”. Many generations of children, especially girls, grew up on this wonderful tale. So, Cinderella. What is she like? She is kind, hard-working, modest and self-sacrificing. Her father, a soft henpecked man, has married an evil hag with two daughters, thanks to which his own daughter was turned into an unpaid housemaid. She is working from morning till night, wearing hand-me-downs, enduring the bullying of her stepsisters, but she can’t utter a sound about her hard and rightless life. She does it all in the sake of her father. Why is it that an underage daughter should be saving her adult parent, goes without explanation. Yet that is what she does during the film. 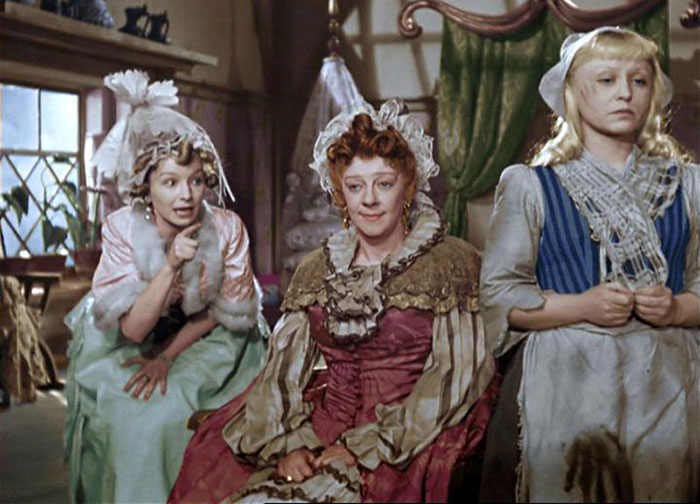 While saving her father, she turns herself into a victim. She gives up her own wishes, amusements, sleep, rest, and even love, when she agrees to put her shoe, which bestows the title of the Prince’s bride, on her stepsister’s foot. One of the conclusions one can make after this film is that for the sake of other people, even loved ones, you can sacrifice yourself, your life, your love, but then your suffering will be rewarded. In the tale the wrongs are righted by the kind fairy. The evil stepmother is punished, the good triumphs. This is how things are done in fairytale. But what about real life? 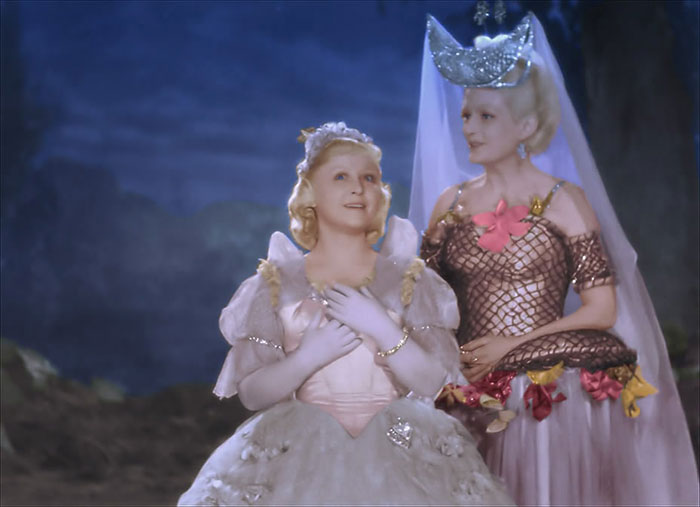 In the real life things get much more dramatic. Take for example “Izgnanie” (“Exile”) by Andrey Zvyagintsev. It’s not a kids’ tale anymore but a film for adults. There are no fairies, princes or good wizards, but there is a young and beautiful main character Vera, who is absolutely shut out of life.

For the whole film she is either sad or crying, or walking around while being broody and quiet. Little shoulders slumped down, weak voice, sorrow in her eyes. She demonstrates the most obvious and prominent features of a victim: complaints, problem descriptions, blames, and most important – the lack of strength and desire to do anything. When Vera tells her husband that she is pregnant by another man, for some reason she places all responsibility for this situation on him. She expects him to decide if she should keep the baby or make an abortion. This is one of the main bonuses the victim gets in return for her helplessness. The bonus is not to make decisions and be in charge of her life, for herself and her actions, so she can blame all her problems on someone else. Whole film she is suffering from aloneness; she feels bad about the growing distance between herself and her husband. But what does she do to change this? Absolutely nothing. She just swallows pills, keeps silence, smiles enigmatically… 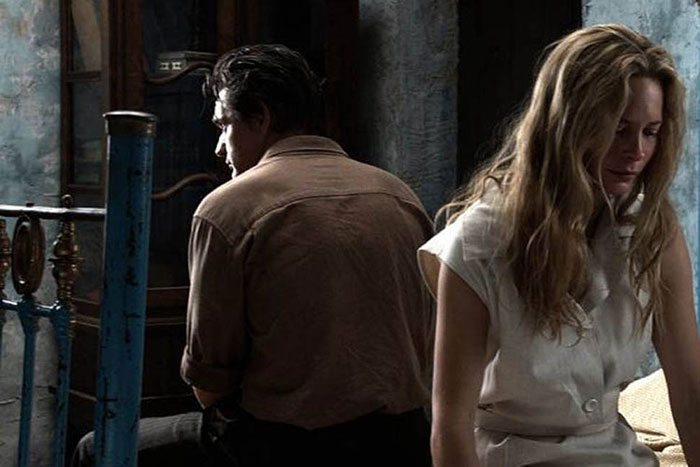 Vera is dreaming about a close relationship with her husband, but she had never sat and talked to him. She plays the victim brilliantly. So then what happens? Then she makes a U-turn to a stand of a ruthless executioner. Her child is aborted, and Vera commits suicide. Her two children become motherless, and her husband is likely to feel guilty until the end of his life. And it is all very believable. Sooner or later a victim always turns into an executioner. The feebler she is initially, the more terrible she can become to her family and friends.

In 1968 an American psychologist Steven Karpman explained why a rescuer often turns into a victim, and a victim turns into a persecutor. He has proven that the bulk of very diverse roles that people play in their relationships can be broken down to three.

The three dramatis personae of this game — Rescuer, Persecutor and Victim — are in fact a simplified model of real life. We fancy ourselves as the generous rescuers of grateful or ungrateful victims, the righteous persecutors of the unjust, or as the victims of cruel persecutors.

These roles form a so called dramatic triangle, where the parts are closely connected and tend to interchange constantly. Each part has its profit. Playing any of these parts, people start to ignore reality, immersing themselves into the performance. The Karpman triangle is a model that shows the working of the most common patterns of human interaction. It can often be observed as we communicate at home, at work, in business.

So, for example, in the Dunya Smirnova film “Kokoko” the main character Lisa is a wonderful rescuer. During the whole film she is saving her newly-minted friend. She does it very selflessly, one might say fanatically. She pulls her out of the police office, tries to get her a job, teaches her, enlightens her, puts her in contact with friends and the right people. Why does she do that? One the characters, Mitya, answers this question. As he and Lisa are exiting the affiliated foster home, he utters: “It’s nice to be a good person”. And this sums up the main motivation of a rescuer. It’s nice to feel as “a good girl”, “a kind person”, “a best friend”, “a reliable partner”, as well as to catch the rapt looks of others, because the rescuer’s well-being depends on how he is judged. Plus he needs to feel superior to the victim. But the main prize he gets is complete pardon to his reluctance in solving his own problems, taking charge and living his life. 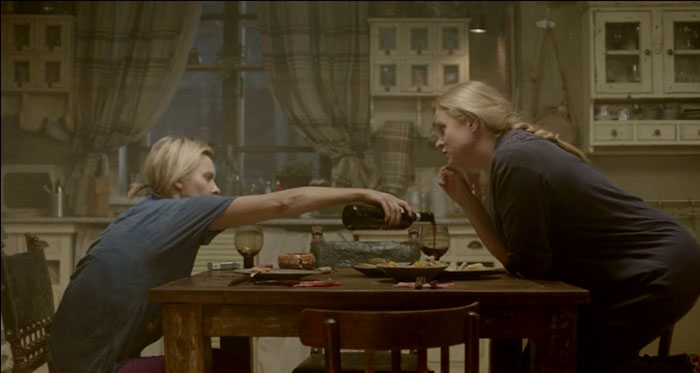 Initially Lisa is practically obsessed with rescuing Vica, but later she turns into a victim. When does it happen? When, for example, she, instead of sprawling on her own couch after work, has to sit lonely in the caffee, because there is a party of unknown people in her apartment. Or when she catches in her apartment her ex-husband and Vica doing something naughty. Or when she stays awake till morning because of the dripping fountain, presented to her by the same Vica. What happens next? Lisa becomes a persecutor and tries to suffocate her friend with a pillow. 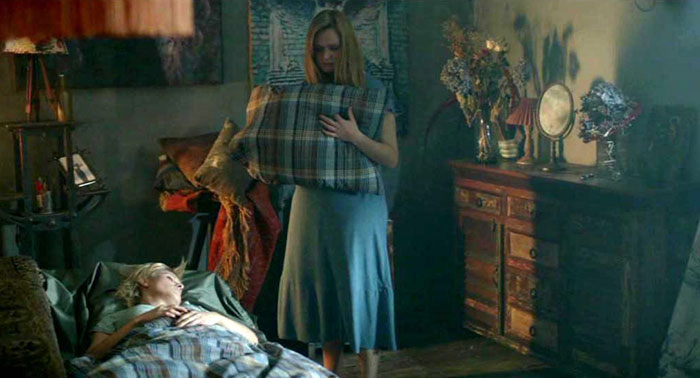 It seems like all three roles are behind her. But the game isn’t over. It starts again. Lisa returns to the part of a rescuer and tries to pull her hoodoo friend out of the police office. It can go on forever. And so it usually does in real life.

As seen from the above, any person who plays any of the three parts gets the profit. This is why they keep the parts. The most tragic thing about this game is that there is no win. All parts of the Karpman triangle end up as victims. And the only chance to stop the game is to step out of the triangle. How does one do that? First of all, one must realize one’s place within the triangle, the roles one plays, the bonuses one gets, the feelings one compensates while playing any of the parts. Once you’re clear with all that, you can quit. By the way, you can do it physically. You can mark a triangle on the floor, recall the main feelings and emotions that you had while standing on each of the positions, and then step out. Then take a stroll across the room in search of a new spot that feels right. Feel yourself as a real adult who has abandoned the habitual childhood reactions and is prepared to take responsibility over his feelings, actions and decisions. Then you will be able to see new possibilities, own your inner resources, get loaded with new energy and become a director of your life.