An outstanding Russian painter Yury Pavlovich Annenkov, who gave the world the portraits of Lenin, Trotsky and other more attractive contemporaries, such as Anna Akhmatova, Maxim Gorky and Yevgeny Zamyatin, has described a very peculiar manner of communication in his memoir. Here is how the artist remembers his encounters with a “pathologically tacit” poet Velimir Khlebnikov:

“Khlebnikov huddled himself up in an armchair, heron-like, and glared at me. I glared back. There was something hypnotizing in this tense silence and in the remarkably expressive eyes of my companion… Without breaking the silence, we kept on our discussion, which was mainly about art, sometimes touching on broader themes, up to and including politics. Once, when I noticed that Khlebnikov had closed his eyes, I got up from the chair very quietly to leave the room without waking him up.

One of these “chats” had led to a quarrel and a subsequent reconciliation, “silent” as ever. Now, which word should really be put in quotation marks: “chat” or “silence”?

Now imagine a scene. You’re in a subway couch, and the driver announces: “The train will only go until the X station” Would it be easy for you to deduce from the passengers’ poses and facial expressions if they are indifferent or upset by this information? May we assume that we are all mind-readers? Now put yourself in the place of someone whose mind you’ve just “read” and voice his exact thoughts: “M-m-m, cutlets at home, mother… super discount, all jewelry… yeah, sure, I know your discounts… THE TRAIN WILL ONLY GO UNTIL THE X STATION… cutlets… I’ll drop off at the next stop”. How much of that have you actually “read”? What was the evidence here of anger or indifference of your silent “companion”? So, you may not know the exact thoughts of another person, but based on the only information available, you make a conclusion in your own language: “He’s not happy; he’s going to drop off”. So how can we tell the intentions of another person, if we are unaware of his thoughts (and even, possibly, of our own)? Now imagine that you are a codebreaker, and somehow you have intercepted a ciphered note with an order to the enemy troupes. You can easily translate this order into the language convenient for you, but the trouble is, though your decoded note will convey the meaning, it will not be in the same language as it was before the ciphering. 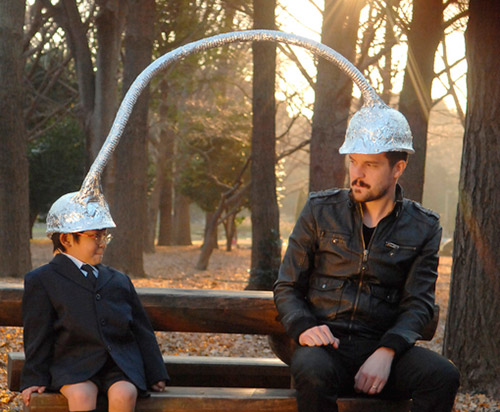 So what is it all about? We can accurately predict somebody’s actions, even though we never know his thoughts. And what if a situation is approaching that “silent quarrel” of an artist and a poet?

The games theory answers that question. We are frequently faced in life, like in the Prisoner Dilemma scene of the Batman movie, with a question: “Could he possibly be a jerk?” In terms of the games theory this means a choice to cooperate or to withdraw. The theory says that if you are, like the characters of the American blockbuster, on one of the two mine-studded ships, and you have a remote control of the other ship’s bomb, and they of yours, then blows these bastards up! Do it now! Well, actually, the theory says that it is more gainful to withdraw than to cooperate. In a nutshell, it’s “bad guys win” again.

Is there anything else to be said? Well, there is. Imagine you are in city inhabited by so many people that for you personally their number is close to infinity. I think Saint Petersburg or Moscow will do fine. Let’s imagine that all interpersonal relationships in this city are either cooperation or withdrawal. Smart people will always withdraw, because they don’t want to be losers, and losers will cooperate. Vindictive losers after a failed attempt to cooperate will always withdraw from their offenders, and so on. We will end up with a variety of behavioral strategies. Now let’s announce a competition.

“Attention, attention! All-play-all! The winner takes everything! Set up your neighbor! Have a taste of 1930s!

If both players say I COOPERATE, we will pay 300$ each as a reward for their courage.

If both say I WITHDRAW, we will charge 10$ each – such is the punishment for mutual rejection and the time you’ve wasted on each other!

If one says I COOPERATE and the other I WITHDRAW, we will charge the former 100$ and pay the latter 500$ as a reward for the risk that he’s taken”. 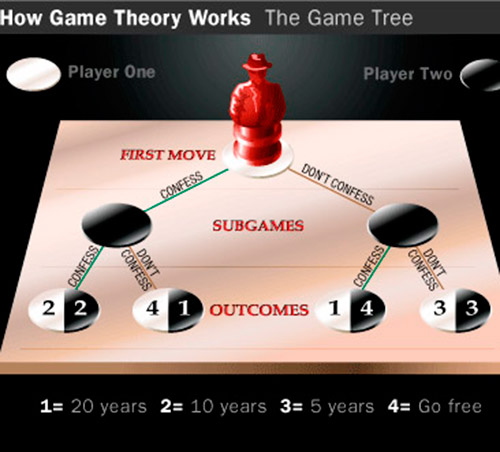 So what? We have found once again that withdrawal is more profitable than cooperation. Egoists win. But all is not so simple: there is another condition. The number of participants in this game is literally endless, and so is the number of iterations. The city is vast, and it’s really impossible to say how many times we collide with the same people on the subway, on the road and in shops. That’s when things begin to change.

An American political scientist Robert Axelrod did indeed organize this competition between the games theory experts, or rather the strategies they have developed. Each strategy had to play with “competitors” and its own copy. There were 15 strategies, so the computer played 15 times 15 separate games. Some of the programs presented were incredibly complex and elaborate, but the standout winner was among the simplest. Its creator Anatol Rapoport called it “Tit-for-tat”. The point is that you try to cooperate first, withdraw if you fail, but then you forget about “the offence” and try to cooperate again. In Axelrod’s terms, “Tit-for-tat” is a “kind” and “forgiving” strategy. Eight strategies out of 15 were “kind”, i.e. initially cooperative, and they got the eight highest scores. 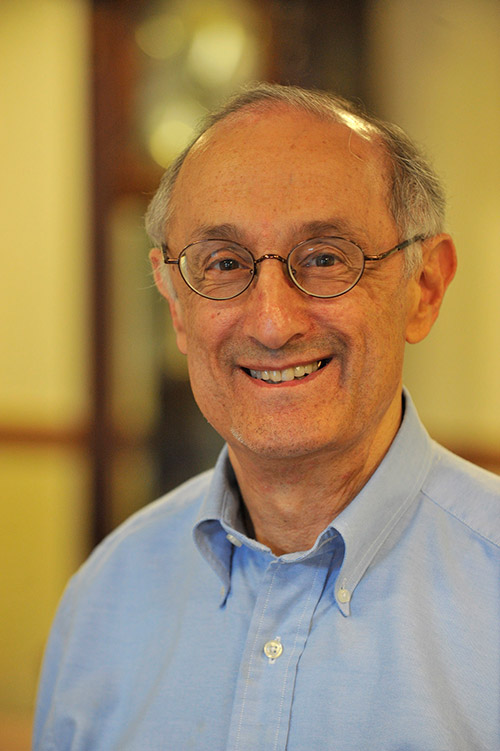 The story didn’t end there. Soon afterwards a similar competition was announced, where two new conditions were added. Firstly, the participant programmers were informed of the previous results; secondly, in each separate game the loser was excluded, and the winner had its copy introduced in the competition. There were 60 strategies presented this time, some of them “kind”, some “evil”. So what happened? “Tit-for-tat” won again. By the end of the competition it had driven out all other programs and started playing cooperation with its own copies.

At a casual glance we don’t choose between cooperation and withdrawal that often in life, so this game may appear fanciful, but it’s actually a blueprint that can be applied to the most diverse life content. The simplest example of its practical dimension is help. If you help a woman to lift a heavy bag up the stairs today, you may hope that her son will do the same for somebody else tomorrow, etc. If you withdraw from such cooperation, you will save energy, but if you help, you won’t guarantee anything, but you will get a moral right to hope for the best. 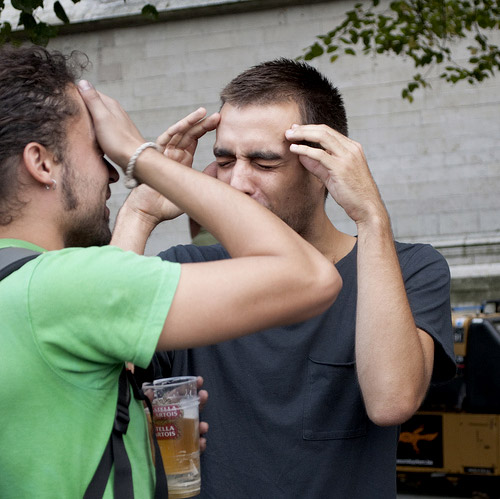 Let us now return to the topics in the very beginning of this article. Oh yes, the “mind-reading” and “silent” quarrels. As we come across hundreds of people every day, we read the code on their faces without consciously translating it into “our” language or knowing their thoughts, and we react. Shortly, we act like the programmed machines. It seems to be inevitable. But when you try to find your own strategy of success, consider this fact, elusive to pragmatic view. Do you remember how many “kind” strategies were there in the first competition? Well, if the majority of strategies had been initially “evil”, one of them would have won.