When Thom Yorke was full of hopes and intemperate youth ideas, and Sasha Vasiliev was living through sweet moments of puberty, darkness started to condense over the musical scene of re-united Germany. From this darkness came Sopor Aeternus & The Ensemble of Shadows. The main, and then the only resident member was Anna-Varney Cantodea – a singer, a songwriter, the heart and soul of the band.

This story began in 1960-s. Since the start the life of Anna-Varney wasn’t simple. To begin with, she was born a boy. By five she understood that nature had confused something. Weird behavior of their son, who preferred to resemble a girl in every way, has scared the parents, but the old Nordic tempering doesn’t acknowledge sentimentality and heart-to-heart talk. A daily portion of didactic beating should have solved the problem. Nevertheless Anna-Varney remained loyal to the ideals of transgender, while constant mockery from others and assaults from parents made her consider suicide at 12 for the first time. In multiple interviews Frau Cantodea, already set on the pedestal of Living Goddess by her fans, says that «death is shit», and only the doubt in the ultimacy of the physical termination keeps her from the last step. 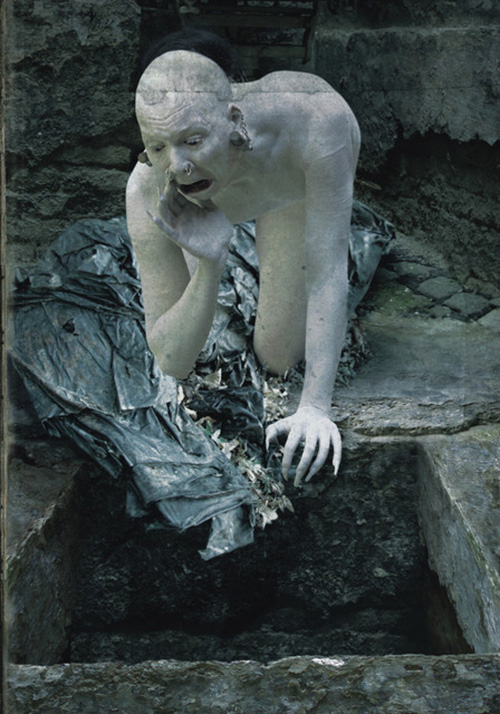 Anna-Varney says that the strongest impression of her life was the tonsils operation at the age of six. That’s when the Ensemble of Shadows first showed up. When the little boy was blacked out by anesthesia, the body remained in power of the doctors, while the soul, says Anna-Varney, watched from the ceiling. What it saw had disappointed the immortal substance, so after he came back he hated his flesh and began his on-going self-mortification. Later she described herself as a creature of fifth gender with several souls. It’s easy to lose oneself in such internal polyphony. 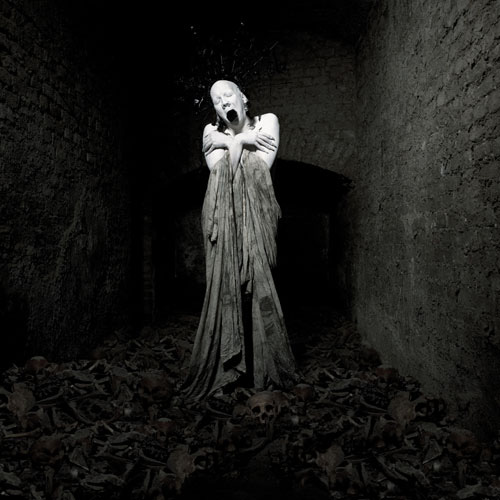 A ray of darkness in a realm of light

Self-hate and rending internal contradictions became a strong stimulus for creating music. And when the world was waiting for a change and the Berlin wall had collapsed under the head of freedom-loving public spirit, in one of the bars in Frankfurt Anna-Varney met Holger. They were both into Goth and darkwave, and they believed that the dull underground of their native city has to be enriched by something new. That’s how the project Sopor Aeternus & The Ensemble of Shadows came to life. The band consists of Anna-Varney and the spirits, which whisper to her the kind of music she needs to record. Holger had joined this company for 4 years and 3 cassette albums, but then he preferred a calm burgher life to X-files. 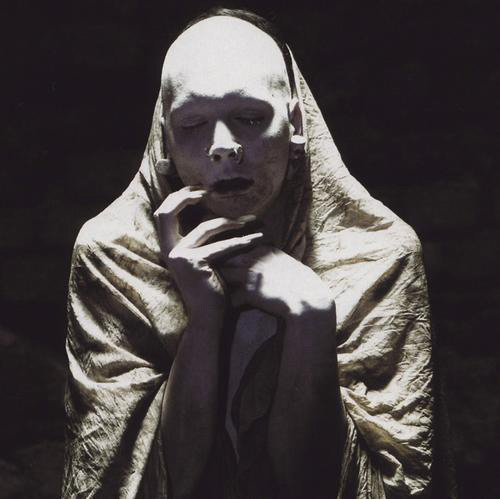 In her interview for Absenta Musical. Anna-Varney says about her music: «It may awaken something inside you that has been sleeping, yes … but it does it in a gentle way … and only because it is meant to wake up».

Since the living group membership was down by half, the project started to turn from a strange hobby of two weirdoes into a legend of gothic rock, though it would be wrong to limit the musical direction of Sopor Aeternus to one or two genres. This musical melting pot unites darkwave, medieval music, folk and many other things. Anna-Varney Cantodea doesn’t perform live, doesn’t concern herself with moods of her fans or recording labels, and doesn’t turn up on TV. She rarely leaves her house, gives interviews on the telephone and doesn’t release musical videos more than twice a year. Nevertheless, in 25 years of existence the Ensemble has made over 20 releases, including singles, remix editions and mini-albums. Not too bad for someone in chronic depression, is it? Many find the music and the texts excessively dark, pathological. Anna-Varney herself doesn’t think so. 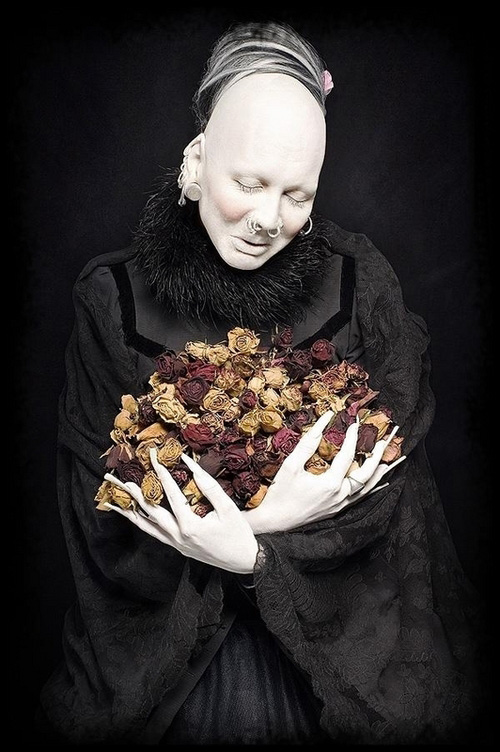 Music made for dead kiddies. Lost lovers, devoted love, putrefaction, asexuality, despair, death’s eternal dream – are all favorite topics. But do not take them literally. Music is a great healer of the soul pain, and Anna-Varney knows it for sure.

To put aside the pain. To write lyrics about a boy, guarding the bones of his mother so that she doesn’t wake from the dead. Or about a virgin queen. About the cold lips of the beloved. About an asylum deep underground. To create a musical line and send the samples to session musicians. To put together an album and to package it in best traditions of the Goth esthetic. And to experience a moment of purifying joy.

The world is caught in social networks; you can’t hide from the gaze through the monitor. But Anna-Varney succeeds in tricking the Big Brother. We only know about her what she says. Official pages on Facebook and MySpace don’t update that often. A rare post, a photo for a new album, a link to a video. No information that would contradict the existing image. She had expressed all of the concealed in her music long ago.

He that hath ears to hear, let him hear.